Classrooms destroyed, text books and exercise books burnt, students in despair; these were the scenes we encountered when we visited Riruta Primary School. The school had been ravaged by a fire that had destroyed several classrooms. The students had consequently lost their writing materials including pens, pencils, exercise books and text books. 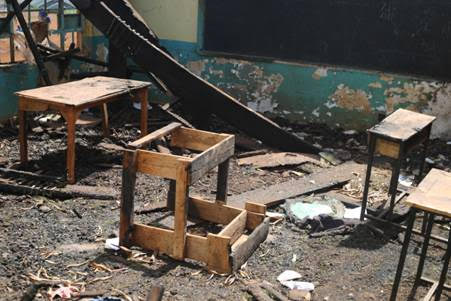 A classroom destroyed by fire at Riruta Primary School

Riruta Primary School is a public school and as it is with many public schools, it grapples with large numbers of students who stretch its facilities to the limit. It is common to find four students or more sharing a desk and one text book. The books are not enough, the desks are not enough and any little resource available to the school goes a long way in averting any crisis that may arise due to a lack of enough resources

The fire had taken away the very writing materials t=hey needed to learn. These children were left with nothing and were staring at a serious crisis that had left them at a disadvantage and interference to their academic calendar.

When we arrived at the school, we found students waiting eagerly to receive from us. They had been waiting in anticipation wondering what time we would arrive.

The teachers had made the students whose classes burnt down to sit at the assembly area. It was the only place that could accommodate all of them. When we walked in, we could see the look of excitement on their faces. It was a look of anticipation, relief and hope. They needed exercise books, pens and pencils and we had the solution to this problem. It was an assignment for MOMO Pencils in Partnership with Victor Maina Foundation and Nairobi Football Sevens Series – NF7’s, to empower these children by donating pencils and exercise books.

We watched as the teachers introduced us to them, the children were excited, they wanted to hear from us and we spoke to them. We told them that we had brought them pencils and books; our mission was to help them recover what they had lost. The children could not hide their excitement; they were going to be able to write again.

Their teachers organized them and they lined up to receive new writing materials. They kept pushing at each other because they wanted to receive as quickly as possible the pencils and exercise books that we were giving them. One by one, they each came forth and received a pencil and an exercise book. You could see the look of excitement on their faces as they held the pencils in their hands. They were not only receiving writing materials, the power to read and write was being restored back to them. 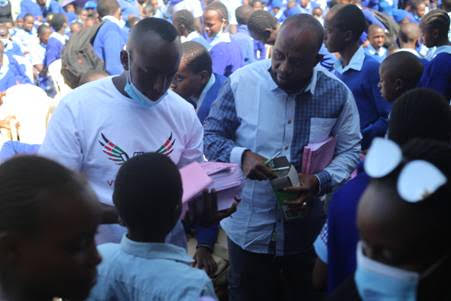 One hour turned into two hours as we continued to distribute to the students who had lined up exercise books and pencils. Our mission was to ensure that every child that was touched by the fire received writing materials. 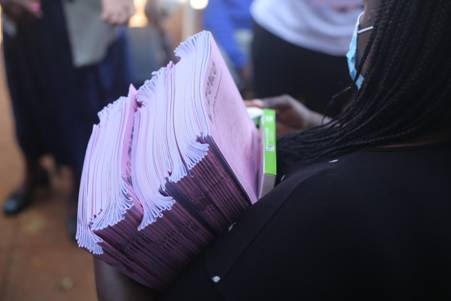 The rest of the students whose classes were not affected by the fire were also waiting for us. They also wanted to receive a pencil from us. We did not disappoint them; we went from class to class encouraging the children and distributing the pencils. The whole school was excited and this could be seen during the photo sessions. Every child wanted to take a photo with us. We indulged them as much as we could and then asked them to go back to class. They were preparing for exams that afternoon and we needed to leave so that they could settle down. 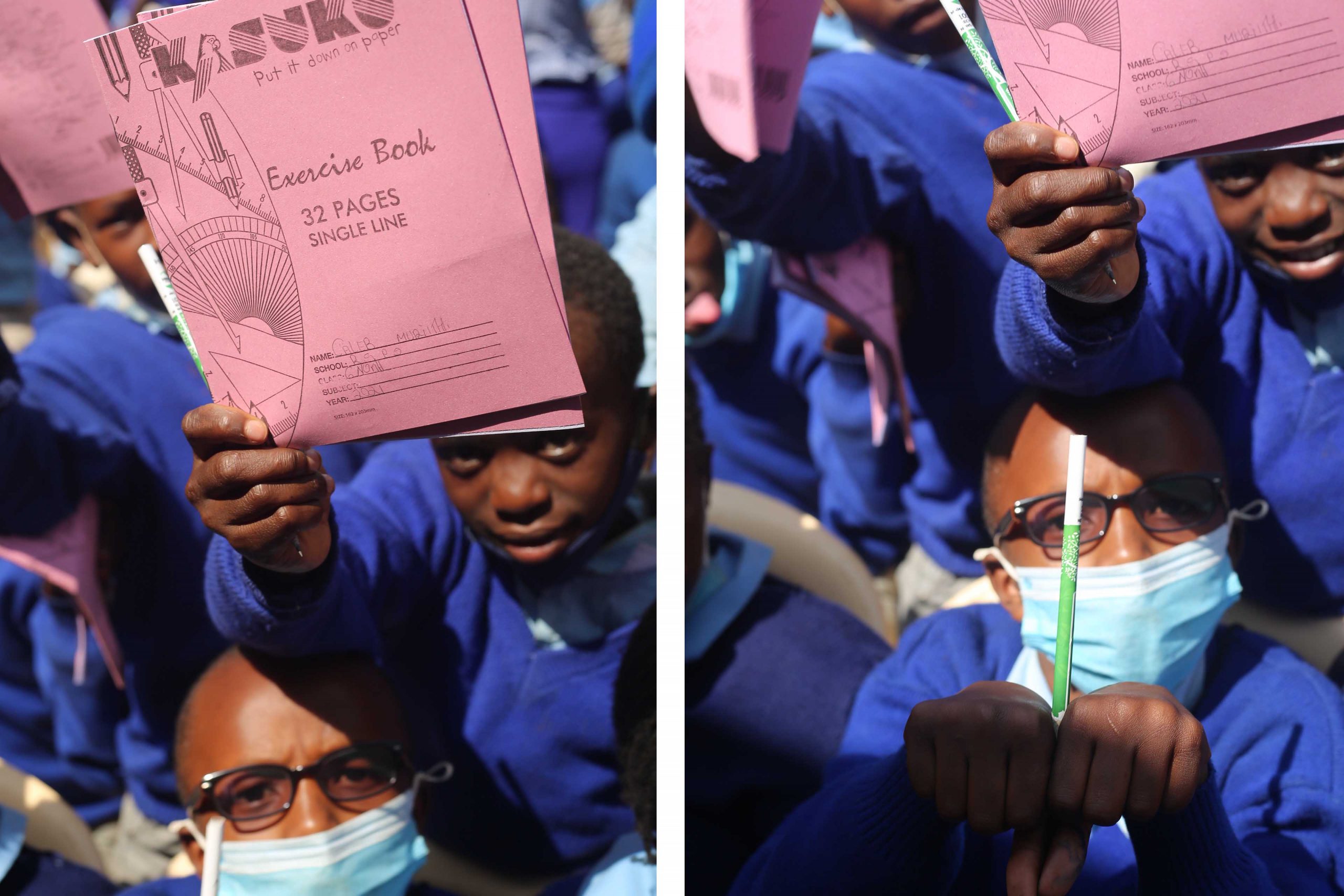 A day that started out slow for the children of Riruta Primary School turned into a victorious day. The Look on their faces told it all, they were happy and relieved. The fire had put these children at a disadvantage but they had emerged victorious over the fire. The children of Riruta Primary School may not have plenty but through donations and good will, they will always have enough thanks to people who are willing to do all they can to make sure that they stay in school.